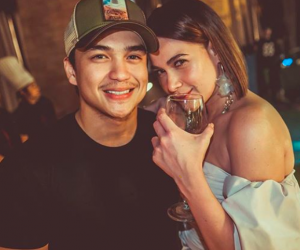 Dominic Roque's latest post on Instagram seemingly became a confirmation of his brewing romance with Bea Alonzo since late 2019.

Though their faces are not seen in the photo, Bea was tagged on the said post.
"Tila ako'y nabighani," Dominic wrote, adding a heart emoji.

The photo was taken in Japan where the two, along with other friends, seemed to have spent vacation.

However, it was not the first time they were seen together -- the reason why people speculated of their brewing romance.
Powered by The Ocean Radio
Copyright © 2021 Monsterous Radio