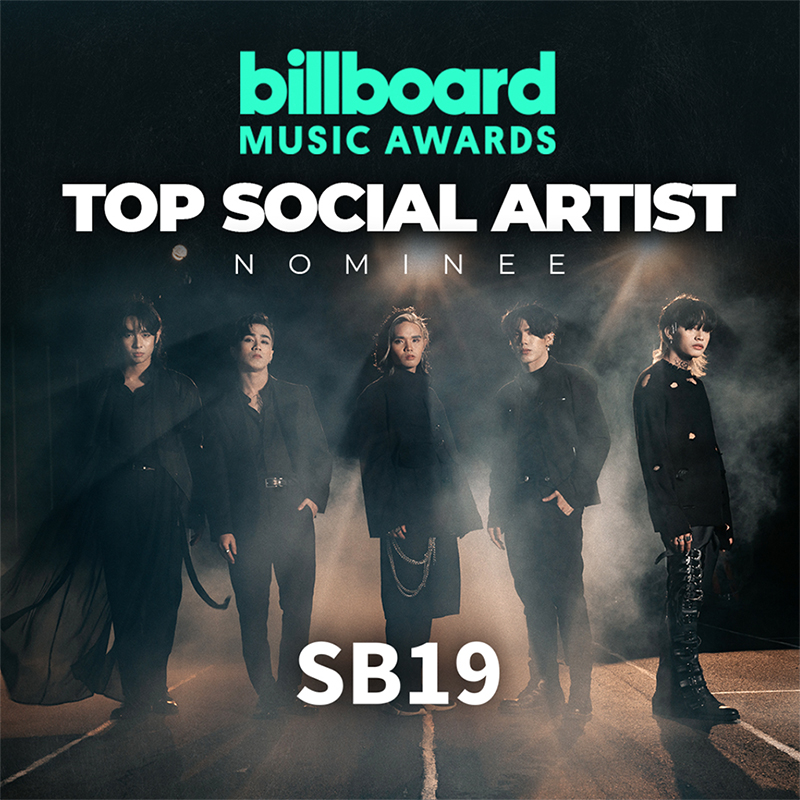 P-pop boy group SB19 has just been nominated for Top Social Artist at the Billboard Music Awards (BBMA) 2021, the first Filipino act to do so.

The list of nominees were released tonight via livestream, with Filipino-American social media star Bretman Rock announcing the artists for their category.

The Billboard Music Award for Top Social Artist is one of three fan-voted categories in the award show. It is awarded based on major fan interactions with the artist's music including streaming and social engagement, together with the global online voting results.

Nominated along with SB19 are Ariana Grande and K-pop groups BTS, Blackpink, and SEVENTEEN.